On this tape, a recording of a whole evening of Brass Eye from E4, possibly the first time it had been repeated since original transmission. It’s still pretty savage.

The first episode is Animals opening with “You’re wrong, and you’re a grotesquely ugly freak” from Morris. A line I wish I could say I used a lot, but I can’t really pull it off.

(apologies for the ‘Press Red’ logo – ever present on Sky digiboxes and I hated it.)

My tendency would be to basically screenshot the whole thing, but that would be too much, so I’ll just pick a few favourites from the episode.

“And if we do this, the word cruel starts flashing.”

Carla Lane can be relied on to speak up for the animals.

I just love the utter meaninglessness of the graphics they show to the guests.

There’s the tragic story of Karla the Elephant, so mistreated in a German zoo that she stuck her trunk up her own anus, prompting Jilly Cooper to fax this touching illustration.

Two days in a row for Britt Ekland.

Paul Daniels is a consummate professional. He even offers a second vox pop. “You can cut this in later.” pause. “Come on. Help us get that trunk out.”

Wolf from Gladiators has a bit more trouble reading nonsense from a clipboard.

Perhaps the cruellest appearance is from Nicholas Parsons, who reads out a long piece, which is then edited by the show to say “Aren’t we a bunch of fuckwits. An Elephant can no more get its trunk up its arse, than we could lick our balls.”

It’s all the names that are so good. 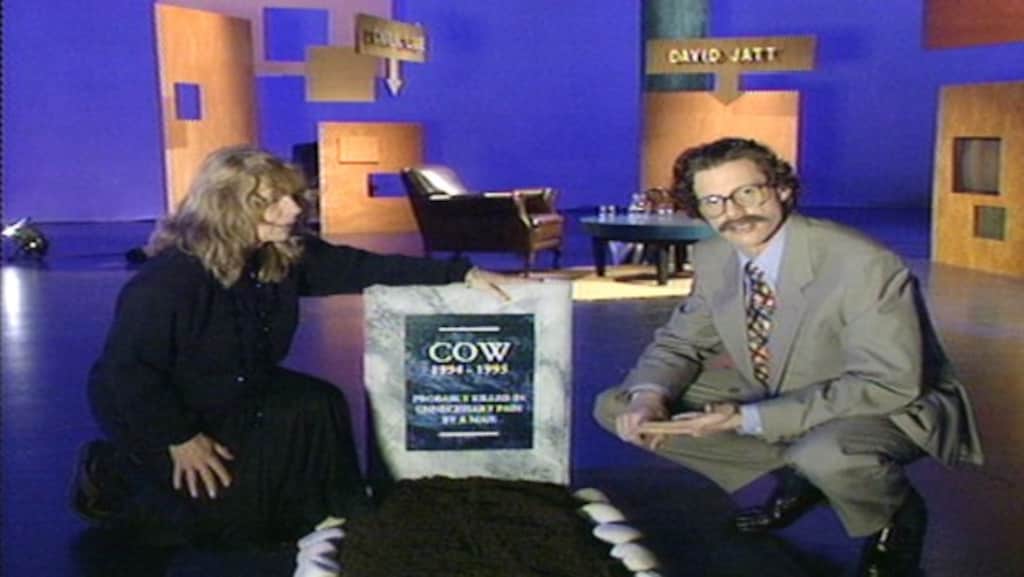 The next episode is Drugs, possibly the best known of the main series. Is it really true that Morris did hit the streets asking for drugs with stupid names? The man he’s talking to does sound like a real person.

The main part of the programme features two organizations campaigning against the new legal drug from Czechoslovakia called Cake.

This isn’t the worst thing Rolf Harris has ever done.

You can tell when Bernard Manning is going off script. It’s basically when all he can say is “It’s a fucking disgrace.” I imagine he’s the kind of person who would say that regularly, about a lot of things.

Noel Edmonds’ appearance on this is legendary. He’s the one who gets to talk about the drug affecting “a part of the brain known as Shatner’s Bassoon.” and closing with “Take care. And I really do mean take care.”

Bruno Brookes comes of better than many.

David Amess MP complained to the ITC about the programme when he saw it.  See later.

If you thought the bit at the top of the show was risky, how about this?

There’s a school that lets the children take drugs, which was very loosely based on a famous documentary from the 70s about Summerhill, the free school.

Another appearance from Mark Heap as a school’s resident heroin addict, there to frighten the children into staying clean.

This is possibly the thing Jas Mann is most famous for, even more famous than his band’s one hit single. “You write the lyrics. Who writes the words?”

After his complaint to the ITC, this disclaimer had to be shown after any broadcast. It’s even on the DVD. 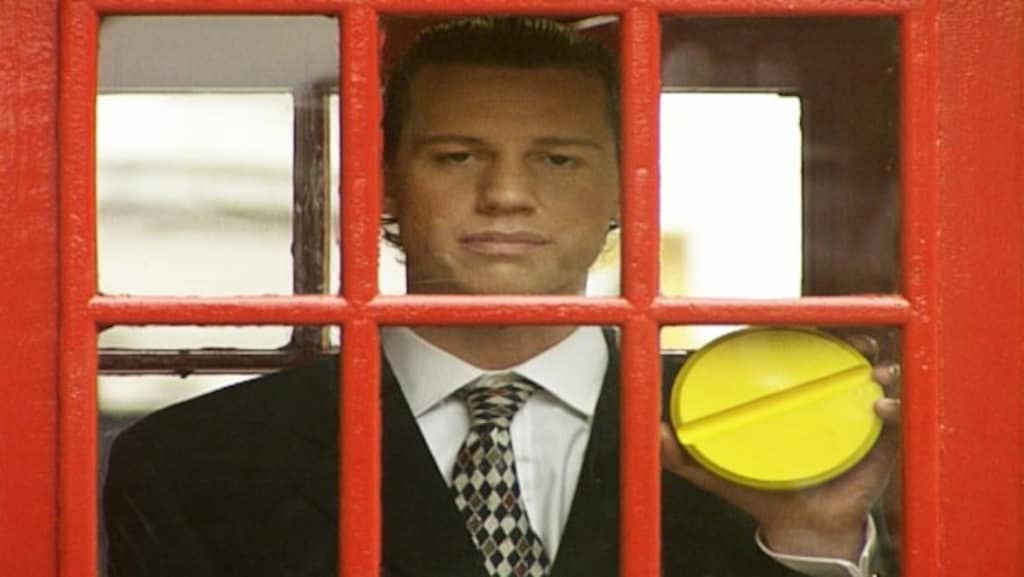 Next it’s Science. This is possibly my favourite, as it contains so many of the worst examples of the celebrity endorsements. There’s Claudia Winkleman’s mother.

Nice to see Doon Mackichen in an infomercial for a device that gets a mother’s unborn child to do exercises, thereby toning up the mother.

Tania Bryer. “I know about weather” she says, then proceeds to read a bunch of nonsense.

Another sighting of Claire Skinner.

I feel duty bound to include Donald Trump here, if only to take the pressure off Johnny Vegas after yesterday.

John McCririck is presented with a picture of a crab pregnant with a human fetus.

Richard Briers speaks on behalf of G.E.F.A.F.W.I.S.P. I love all the banging on about invisible lead soup.

Steven Berkoff is literally doing the “Think Once, Think Twice, Think don’t drive your car on the pavement.” bit. And the pleased smile he gives when he’s finished is quite sweet.

I’m not saying ‘shock jocks’ all look the same, but I thought this was James Whale when he first turned up. Caeser the Geezer is particularly good value. “You know they actually say to me that there is no such thing as heavy electricity, that electricity couldn’t possibly fall out of wires. What a load of old crap.” 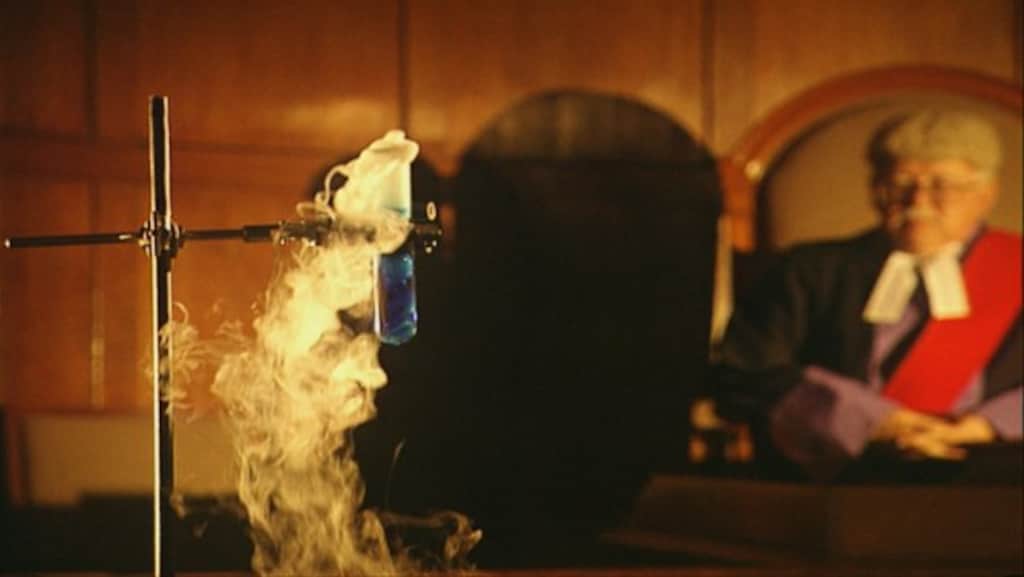 After this, in the ad breaks, there’s an E4 ident which is literally a woman putting a bra on. I mean, what the actual fuck was happening to TV at this time?

But perhaps it’s appropriate because the next episode is Sex. This one is pretty strong.

Asking Claire Rayner whether she’d beat off a whole gang of attackers is just a bit juvenile.

There’s the horribly accurate studio discussion programme, where we find that Mark Heap has Bad Aids, and not Good Aids.

“Peter Stringfellow. Is it only a name?” 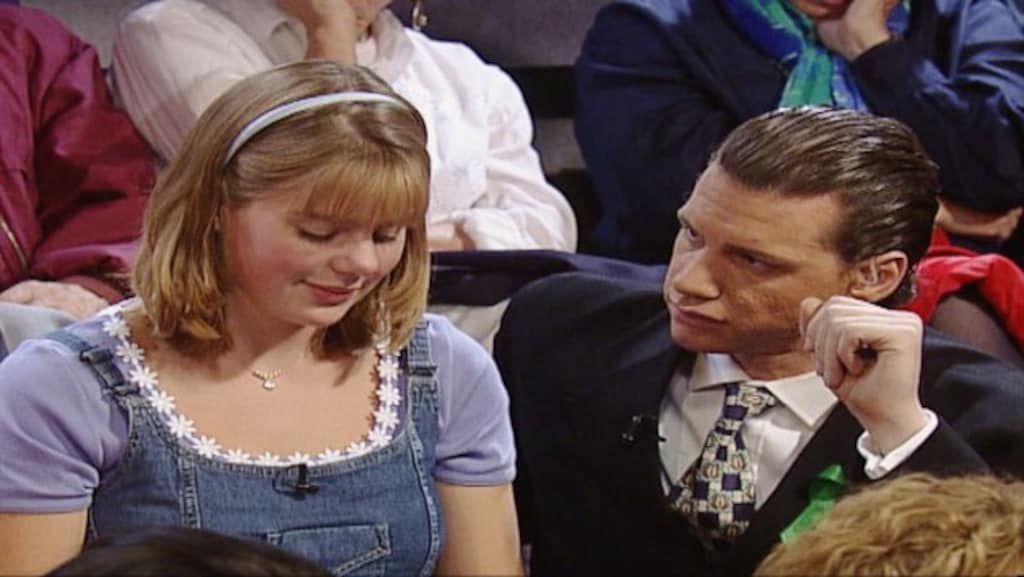 The next episode is Crime. “An estate in Manchester turning itself into a gun.”

I mentioned Mad Frankie Fraser yesterday, and here he is today.

The Tommy Vance videos greeting repeat offenders is a thing of beauty. “I’d like to buy your good half a pint of foaming nut-brown ale.”

Geoff Boycott, “A Walking continent of common sense.” “Get right out of the bed.” 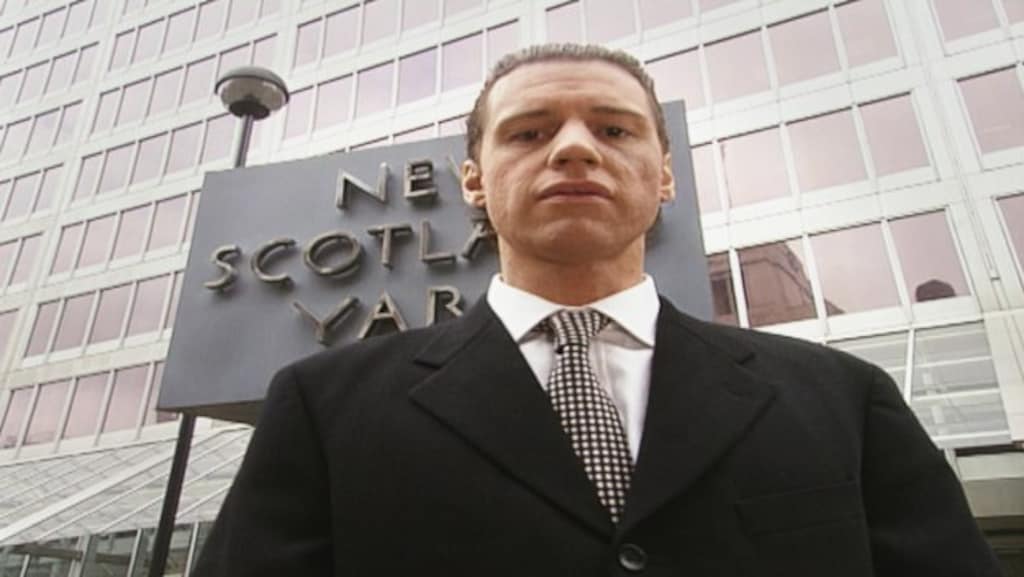 The final episode in the series is Decline. Featuring the Pulp parody Blouse and their song about Myra Hyndley.

I’ve always thought the bit where Morris reads a horribly insulting introduction for Darcus Howe, and then apologises and says “I’m sorry, that was the introduction for Robert Elms” was a bit unfair.

This is the episode that had the brilliant newsflash before the ad break with the story that Clive Anderson had been shot dead by Noel Edmonds. The thing I love most about this bit is the way it’s presented. The “End of part One” graphics stop, then the News Report card appears, and swiftly disappears, along with what sounds like a microphone being knocked. Then the card fades in again and the report plays. It’s this kind of small detail that subliminally tricks us into thinking this must be real.

Although whether anybody believed it when the woman reporter has a moustache, I don’t know.

Another appearance for Kevin Eldon as an eyewitness in a story about a young Irish girl who’s seen the Virgin Mary.

And another appearance from Claire Skinner as her mother. 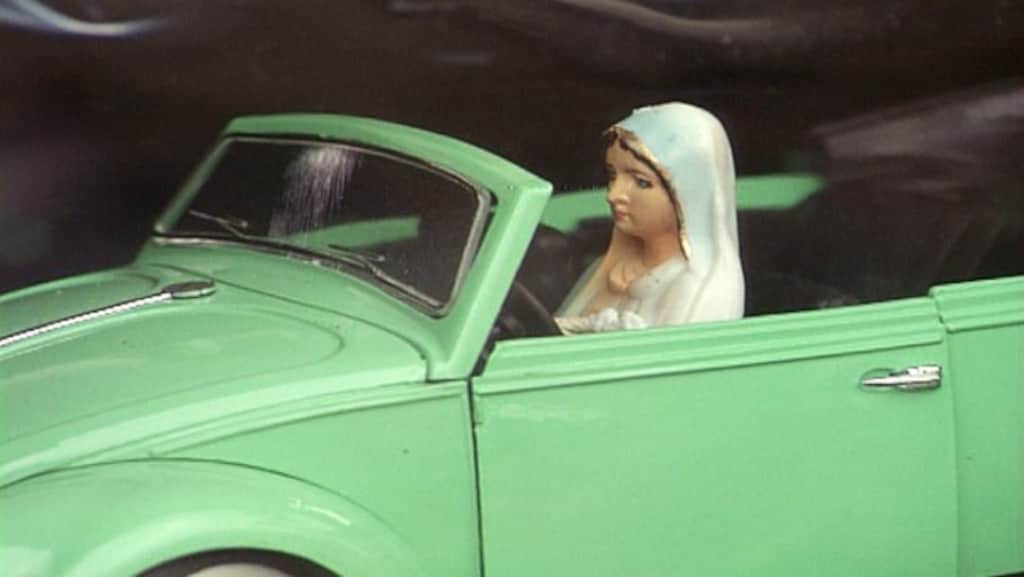 After this, there’s the start of a Live Big Brother segment, and the tape ends after a few minutes.