A mixed tape today, starting with The Wonder Years – Glee Club. I notice it’s directed by Jim McBride who also directed (among others) The Big Easy.

I’m really glad my wife isn’t in the room as the boys are trying to sing scales, as I think her ears might explode. 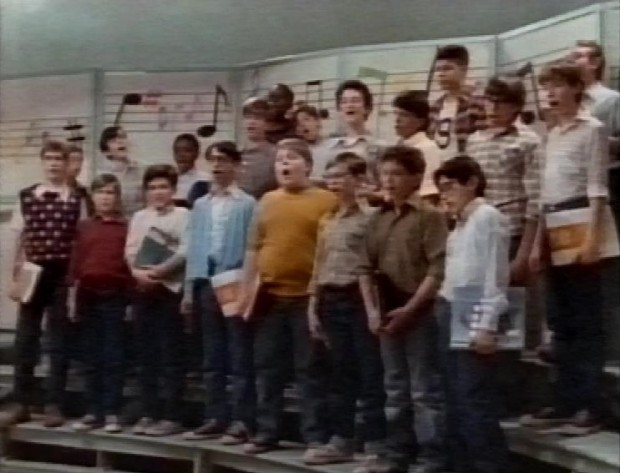 I’m not convinced that the singing voice of the boy who until then hasn’t sung a note is his natural voice. But it does lead to a voice breaking joke. 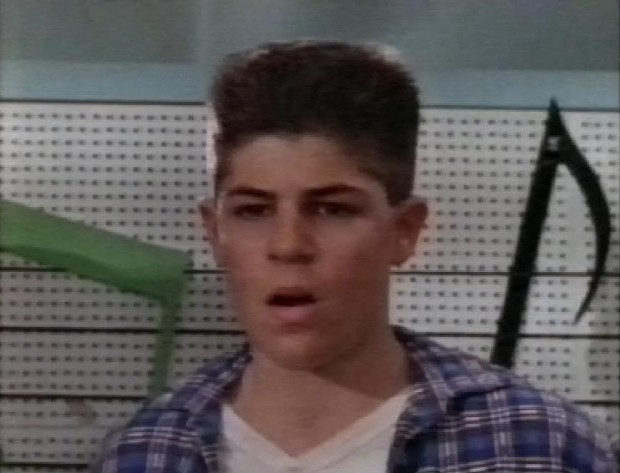 After this, recording switches to the end of The James Whale Radio Show. Cleo Rocos’ dress is falling off, which is about as on message as I can imagine. 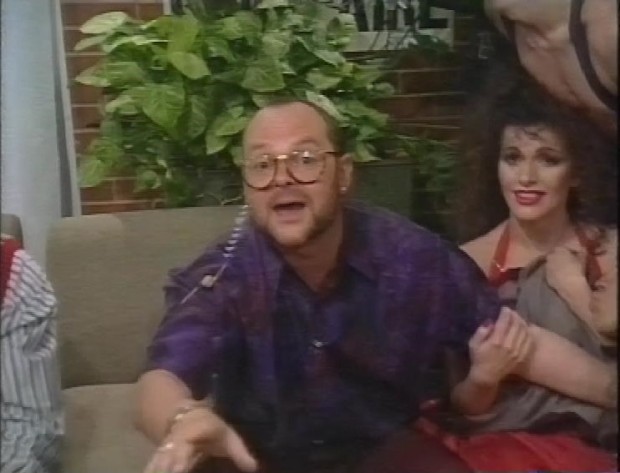 Looks like Victor Lewis Smith appeared in this programme too. 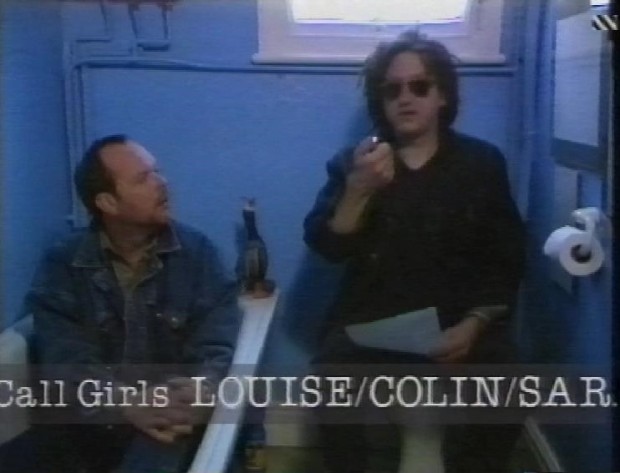 There’s an ITN bulletin, leading with violence by English fans before the World Cup, a Thatcher/Grobachev meeting, the arrest of a suspected IRA bombmaker, and animal rights bomb attacks on people working at Porton Down.

Then, an episode of CinemAttractions. Today, this seems like the most boring, cheap slice of TV, but in the early 90s, it was one of the few ways to see trailers and footage from forthcoming films. The internet has replaced this function, so such shows these days are redundant, but at the time, they were quite important.

This episode has trailers and ‘behind the scenes’ stuff for the following films:

It appears they can’t reliably spell the name ‘Christopher’. 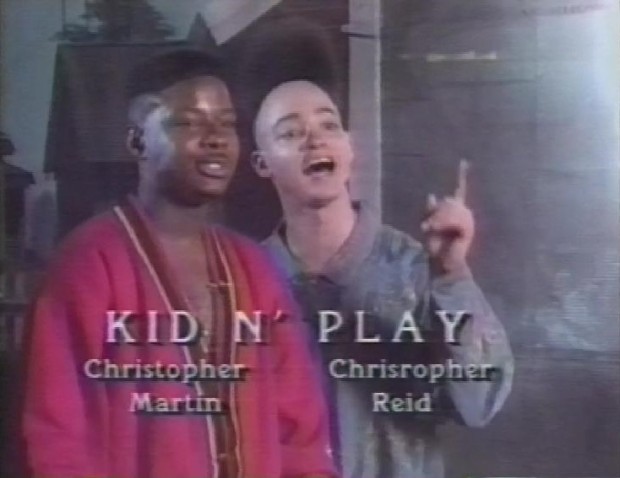 After this, the recording switches to BBC2 and another of those short monologues, One On Two – The Man I Was featuring Chris Lynam.

I wasn’t particularly interested in this, I have to admit.

There’s another one next, Dead Good Friends, written and performed by Jo Brand.

Is that the lovely Russell Churney in the icebox? 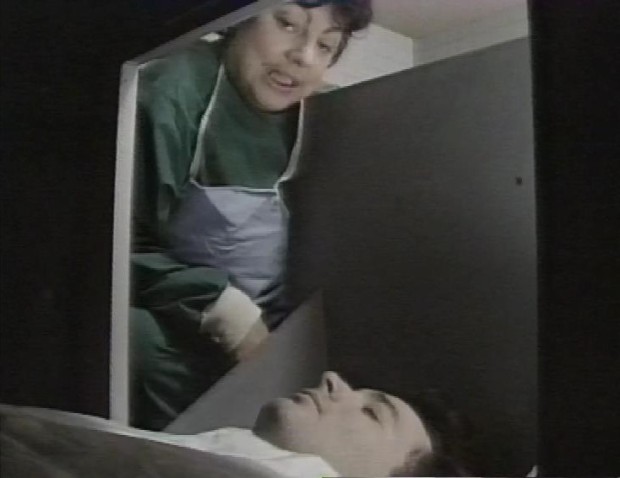 Recording switches to Channel 4, and there’s another short film – must have been the season for them.

Short And Curlies – Work Experience was the winner of that year’s Oscar for best Live Action short film, and stars Lennu Henry, Kathy Burke, Neil Person and John Normington. Lenny plays a youngman looking for work, without success, who visits the local department store, and keeps being asked questions by other customers, so he starts bullshitting.

After this, it’s back to BBC Two for another One On Two – Nine Lives, performed by Andrew Bailey. Another laugh-riot. Only joking, it’s depressing as anything.

Over to ITV for Crime Monthly – Jack The Ripper. “Tonight, once and for all, we hope to answer the question: Who was Jack the Ripper?” says Paul Ross. I find it hard to take Paul Ross seriously in any context whatsoever, but especially when he’s trying to be really grown up and po-faced. 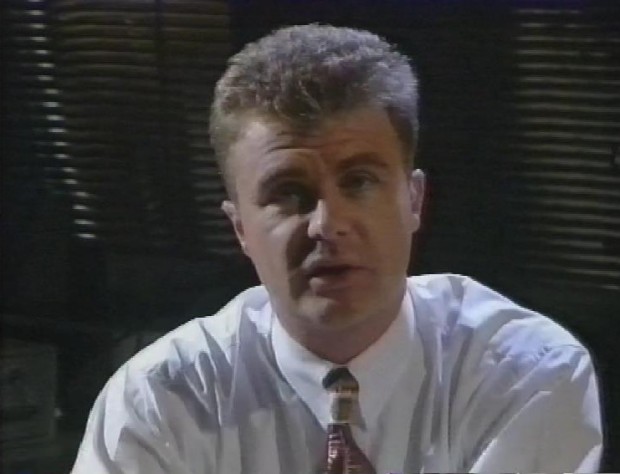 After this, recording stops, and underneath there’s a bit of an episode of The Travel Show. matthew Collins had to travel from New York to Maine by coach, which was harder than expected because of a long running strike by Greyhound drivers. 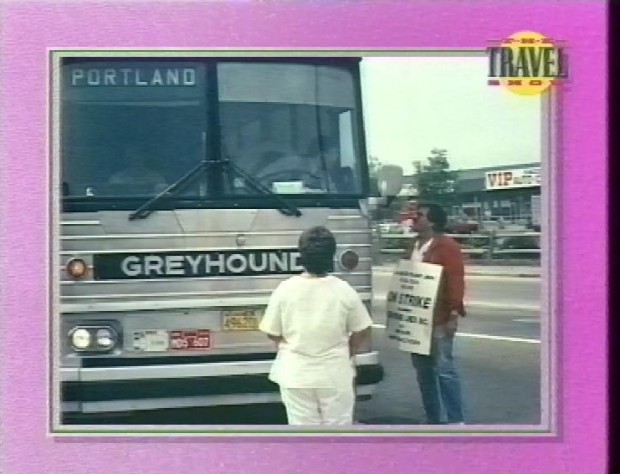 I was a bit curious about where this old recording came from, since it’s not from after any of the three BBC2 programmes earlier on the tape. I’ve decided that it must have been run-on from a recording of City Lights, a Scottish comedy series that I obviously didn’t think was interesting enough to keep. BBC Two – 21st June 1990 – 20:00

After this, there’s an advert for World Magazine, and a trailer for Othello starring Willard White and Ian McKellen.

Then, the tape runs out after a few minutes of Under the Sun, looking at the struggle of Palestinians in the occupied territories.