There’s only one programme on this tape today, and it’s The French Connection II. Second caption in, and it’s already racist.

I do like the way the credits come sliding in from the side, a very French touch.

At least this film actually takes place in France, although all this means is that Popeye Doyle is shouting at French people loudly in English in a vain attempt to be understood. He’s vile.

Here he is trying to pick up women. While eating a pickled egg. 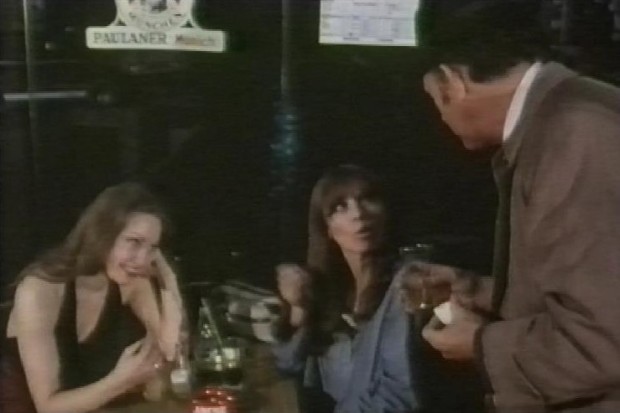 One of the few other Americans in the cast is Ed Lauter, doing some kind of dodgy deal with the main bad guy.

Oh good, now Popeye has been kidnapped by the bad guys, and they’re injecting him with heroin.

An English woman turns up to talk to him, and we see her needle-tracked arms as she strokes his arm, and steals his watch. This is a laugh a minute. 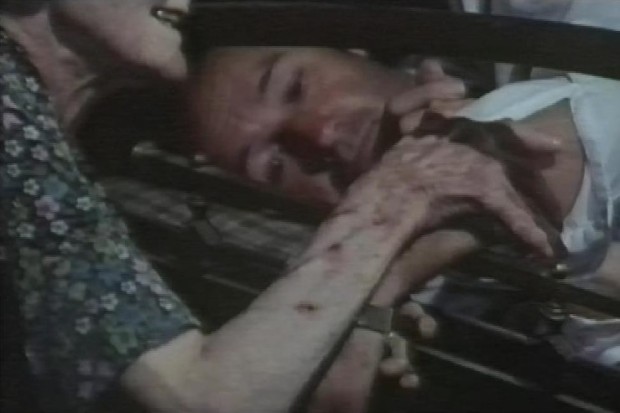 It ends in a very long foot chase as Doyle chases the bad guy as he takes a tram, then a boat. There’s a lot of very short shots from Doyle’s point of view, which have a noticeably different look – I wonder if they were shot on a small 16mm or even 8mm camera? 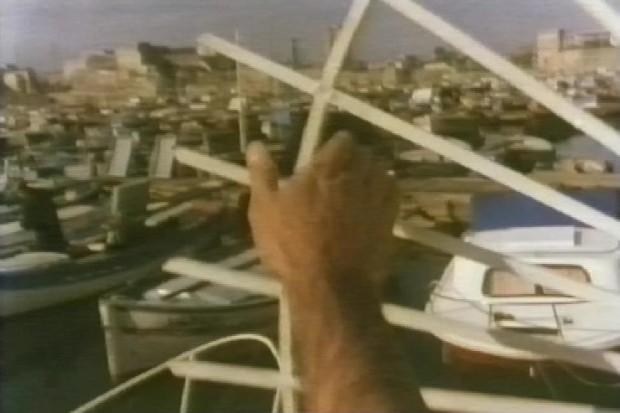 In the end, in, I guess, an echo of the end of the first film (I can’t be sure as I only vaguely remember it) Doyle is faced with having to let the bad guy escape, but this time he shoots him dead. I guess that’s a happy ending? 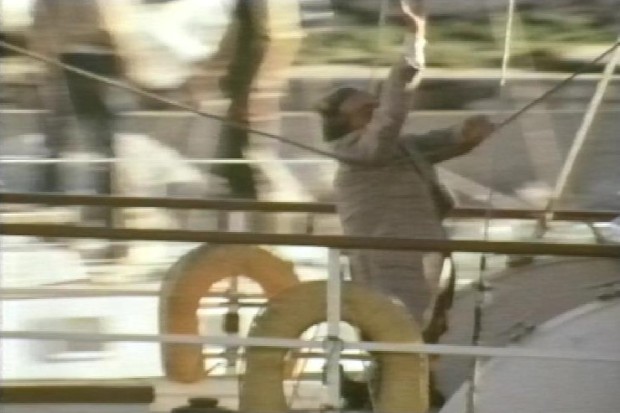 I didn’t enjoy that much, I have to admit. Too much grime and grit.

There’s a trailer for programmes for Thursday.

After this, a rather scary public information film featuring Jane Asher (returning after yesterday’s starring role) and some child-sized crash test dummies. Remember when rear seat belts and child seats weren’t a thing. I’m amazed any of us are still alive.

Then BBC1 closes down, and Dave Adey wishes us a very good night.