First on this tape, the last episode of Season Three of LA Law – Consumed Innocent. Grace is prosecuting a Jerry Springer/Jeremy Kyle type, after someone was killed by a mob after his programme. The host is played by JT Walsh.

Another familiar face is Don Opper, playing the man who killed JT Walsh’s guest. You might remember him as Max 404 in Android. 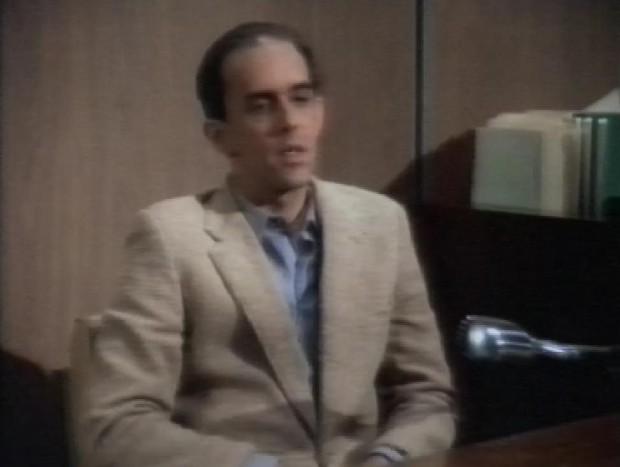 After this episode, recording switches to Channel 4, and a one-off political comedy show by the South African playwright Pieter-Dirk Uys. It’s his one-man show featuring lots of different South African characters, and, to be honest, there are very few jokes.

After this, an episode of Anything more would be Greedy. This is the final episode, Georgian Silver, so I won’t have a clue what’s happening. 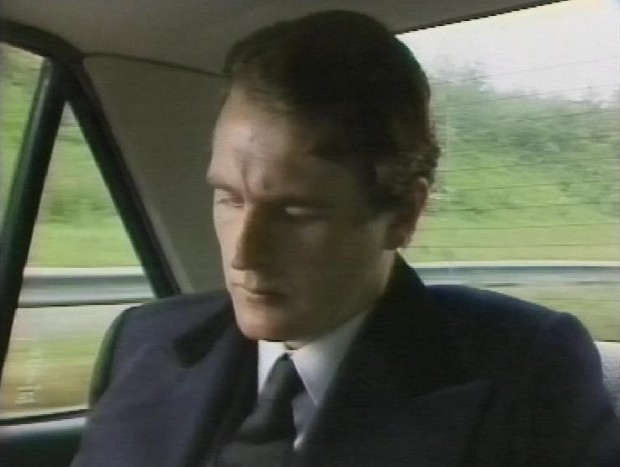 This is a rather turgid drama about business in the 80s. It’s written by Malcolm Bradbury, and I get the feeling that he hated every single character in it. Plus, it’s shot on video, and as a result it looks terrible. Flat, low contrast, ugly pictures, and all the characters are dressed in 80s power suits. Plus, there’s a character called Jonquil, which must qualify as some kind of crime against media.

The tape ends right after this. Quite disappointing, as I wanted to find a hidden gem here.