Here’s a couple of old horror films on Channel 4, starting with The Black Cat, whose theme music is a shameless pastiche of Tchaikovsky’s Romeo & Juliet overture.

It stars Bela Lugosi as the amazingly named Dr Vitus Werdegast. He meets a young couple on the train, abd proceeds to tell them of the terrible life he has led during the war, when he was believed dead, but in fact spent years in a prison camp from which he has just returned. He hasn’t seen his wife or daughter since. 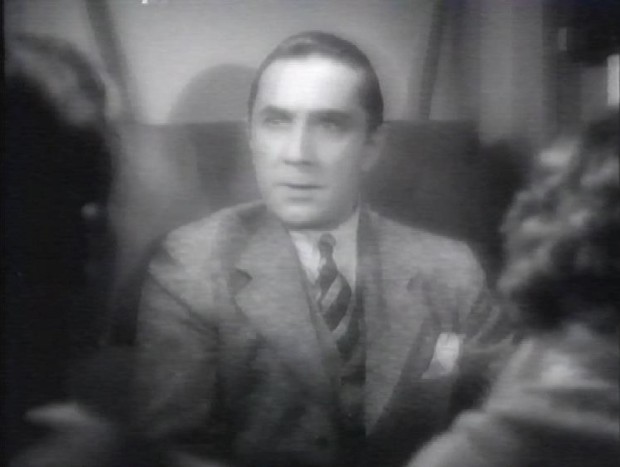 The young couple and Lugosi travel in a bus, which crashes, and the young woman is injured, so they go to the house of an architect whom Lugosi was going to visit, so Lugosi can treat the woman. The architect is Hjalmar Poelzig, played by Boris Karloff (or Karloff as he’s credited here).

Karloff’s hobby is keeping a gallery of dead, embalmed women in his basement. Lugosi later learns that Karloff married his wife (who thought Lugosi was dead) but she died of the flu, and is now in his woman cave.

Even worse, unbeknownst to Lugosi, Karloff then married Lugosi’s daughter – his own stepdaughter, but he tells Lugosi that she also died. He doesn’t ask him why she’s not in the Lady showroom.

And as if we weren’t sure if Karloff was a wrong-un, this is his bedtime reading.

There’s a big satanic ritual, and by the end, the house is blown up.

After this, there’s The Raven, another production very loosely based on an Edgar Allan Poe story. In this one, Lugosi plays a doctor with a huge God complex, begged to help an injured woman by her father, a Very Important Man. He also likes quoting Poe’s “The Raven” and he’s built a torture chamber in his cellar.

Karloff turns up at his door, as a wanted murderer Edmond Bateman. Lugosi tells him that it’s no wonder you turned out to be evil, you’re so incredibly ugly. I don’t particularly see it myself, although that haircut is a little severe.

Lugosi tells him he’ll transform his face, if Karloff will agree to operate his torture chamber. But it just looks like he’s given him a shave and a squint. He’s frozen the muscles in his face, and will finish the job once Karloff has done what he wants him to do.

His descending pendulum starts from a long way up.

Neither of these films are close to the pinnacle of the Universal horror films, if I’m honest.

After this, Channel 4 closes down, and Carol Bolt wishes us a very good night.